do not go gentle festival 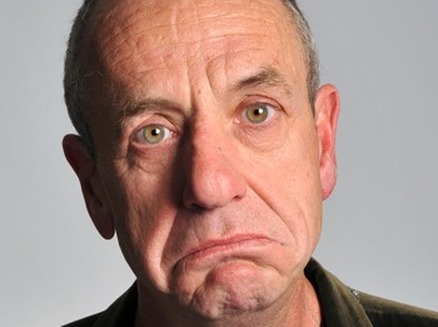 ​
​ARTHUR SMITH
Arthur Smith has become one of comedy's elder statesmen: an Edinburgh Fringe stalwart, he is a regular on BBC Radio 4, where he is a frequent guest on such shows as Excess Baggage and Loose Ends. He was also a regular on BBC2 show Grump Old Men. On Radio 2 he has presented the long- running Smith Lectures. As well as the Olivier-nominated An Evening with Gary Lineker, which he co- created with Chris England, Smith's other plays include 1989's Live Bed Show, which starred Caroline Quentin and Paul Merton.
SATURDAY
www.arthursmith.co.uk 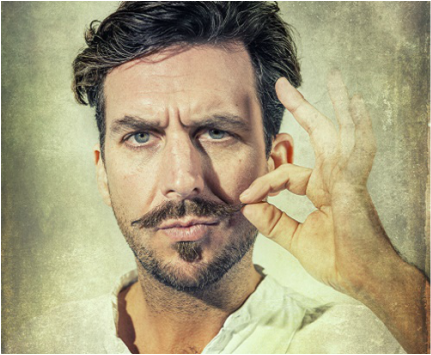 
​MURRAY LACHLAN YOUNG
Murray Lachlan Young is BBC 6Music’s resident poet and one of the UK’s most dynamic and best- known exponents of spoken-word and stand up poetry. He has played the main stages at Glastonbury, T-in-the-Park and Shakespeare’s Globe Theatre & has toured with The Pretenders, Julian Cope, Morcheeba, The Pet shop boys amongst others. Having recorded with Chuck D, Morcheeba, and Jools Holland, Murray has also appeared in films opposite Gerard Depardieu, Hugh Grant, Uma Thurman, Tim Roth, Tim Spell and Rachel Weiss. Often heard on BBC Radio 2 Culture show, he also writes regularly for The Times and The Guardian.
SUNDAY
www.murraylachlanyoung.co.uk 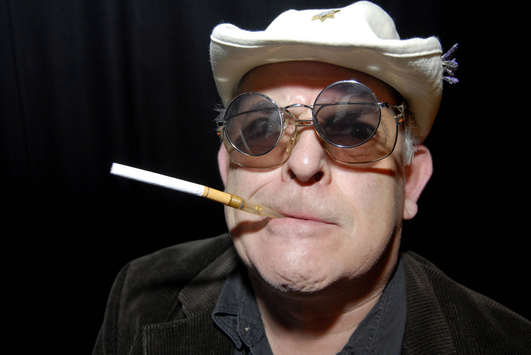 ​RALPH STEADMAN
After Ralph Steadman made a name for himself as a political cartoonist for 'Punch' and 'Private Eye' in the 1960s, it was his creative partnership with American author Hunter S Thompson that gained Steadman notoriety, particularly his illustrations for their 1971 book 'Fear and Loathing in Las Vegas'. Among his other work, he has illustrated editions of 'Alice in Wonderland', 'Treasure Island' and 'Animal Farm'. He will be in conversation with Ceri Levy and Jeff Towns via a live Skype feed.
SATURDAY
​www.ralphsteadman.com 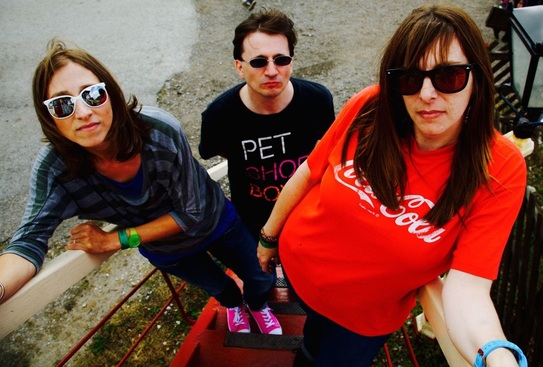 
​HELEN LOVE
Formed in Swansea in 1992, cult pop punk trio Helen Love are probably the biggest Ramones fans in Wales, if not the entire United Kingdom and maybe the world. In fact in a strange twist of fate, Joey himself became a fan and invited them to New York where they performed live and recorded with the punk legend before his death. They also recorded a live session for John Peel and featured many times in his “Festive fifty”.
SATURDAY
www.myspace.com/helenlove 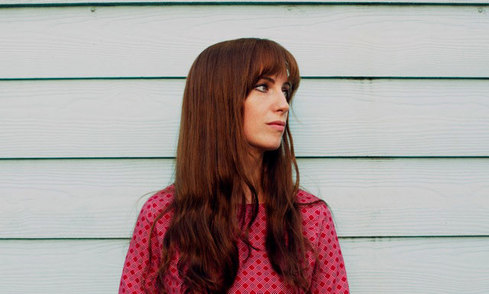 LAURA J MARTIN​
Liverpudlian singer-songwriter Laura J Martin has been championed by the likes of BBC Radio 1’s Rob Da Bank and performed live sessions on BBC6 Music and regularly across the UK at festivals such as Green Man, Bestival, Festival No6 and   Glastonbury.She has just returned from Nashville with a highly acclaimed new album.
FRIDAY
laurajmartin.com/ 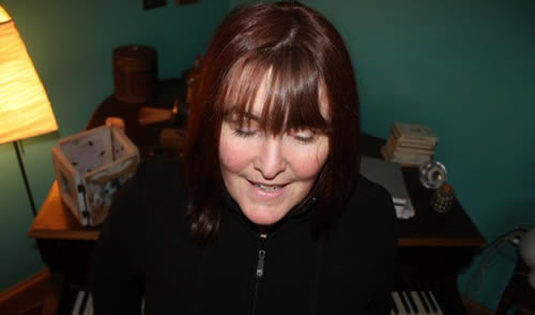 ​JULIE MURPHY
Julie Murphy’s remarkable voice, spectrally beautiful one moment and darkly rich the next, has led to collaborations with John Cale and Robert Plant and to TIME OUT declaring her a ’must see, must hear singer’. Well known for her work with Welsh folk innovators fernhill, she is also a highly regarded solo performer and singer songwriter, admired and championed by the likes of John Peel, Huw Stephens and Verity Sharp. Her solo debut album, Black mountains revisited,  an experimental exploration of english and appalachian folk songs was a MOJO folk album of 1999 and a precursor of alt folk.
FRIDAY
www.juliemurphy.com 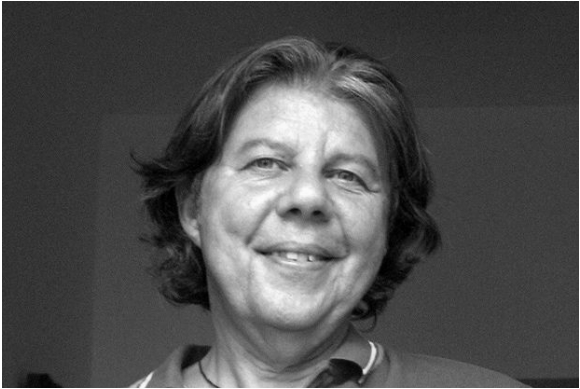 
​
​
​CERI LEVY
Ceri Levy is a documentary filmmaker, writer and producer best known for his film Bananaz (2009), which followed the rise of cryptic cartoon band Gorillaz.  Bananaz saw Ceri following Gorillaz creators Damon Albarn and James Hewlett for six years, compiling and editing footage. The film premiered at Berlin Film Festival and opened Notting Hill Film Festival in 2009. Ceri has also collaborated with illustrator Ralph Steadman. He is the son of Welsh painter Mervyn Levy and will be talking about his fathers life and his relationship with Dylan Thomas.
SUNDAY
cerilevy.com 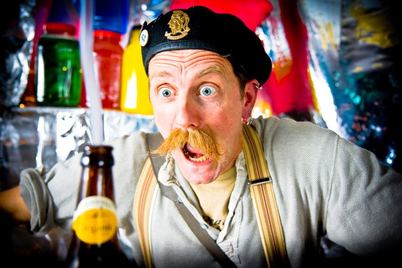 ​Jonny Fluffypunk
Possessed by the spirit of a 17th century Ranter, Jonny began his ‘career’ spitting vicious political verse between bands at punk gigs until cured by a West Country shaman - since when, armed with his trusty banjolele, he has charmed audiences with his unique blend of poems; songlets; surreal banter; off-kilter observation and bitter autobiography.

His Sustainable Nihilists' Handbook is published by Burning Eye and he is currently touring his no-fi stand-up spoken word show 'Man Up, Jonny Fluffypunk- One Man's Struggle with Late-Onset Responsibility' to rousing acclaim.
​FRIDAY  www.jonnyfluffypunk.co.uk 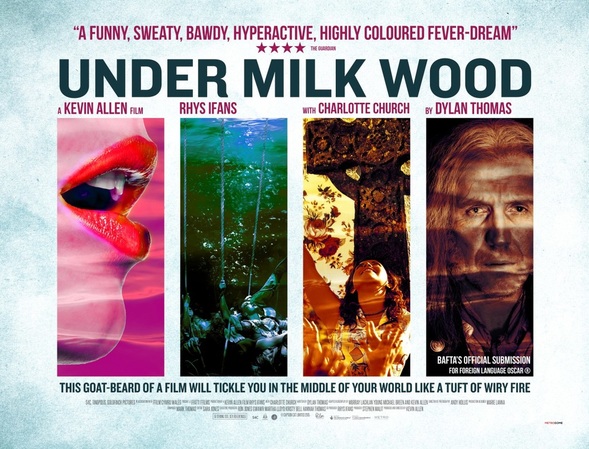 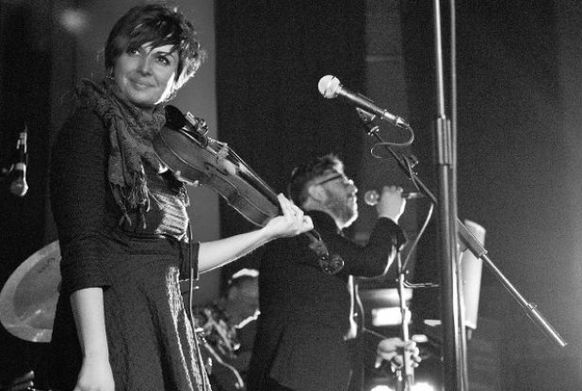 ​Rag Foundation
Rag Foundation are Swansea's finest purveyors of folk rock and have toured their electrifying brand of edgy, harmony soaked, alt-folk internationally. They have built a formidable live reputation on the circuit and at festivals. They have also supported Led Zeppelin legend Robert Plant, Billy Bragg, and the Levellers and recently had a single of the week on BBC Radio Wales.
Sunday
soundcloud.com 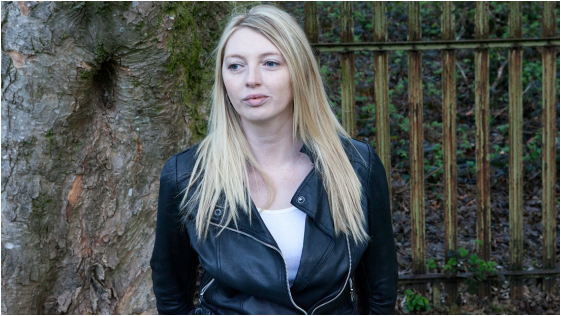 Rachel Trezise
Rachel Trezise is a novelist, short story writer and playwright from the Rhondda Valley. Her debut collection of short stories ‘Fresh Apples’ won the Dylan Thomas Prize in 2008. Her most recent collection of stories ‘Cosmic Latte’ won the Edge Hill Readers Prize in 2014. Her first full length play ‘Tonypandemonium’ was staged by National Theatre Wales in 2014 and won the Theatre Critics of Wales Award for Best Production in the English Language in 2014. She’s currently working on a novel, two plays and a new collection of stories.
Saturday 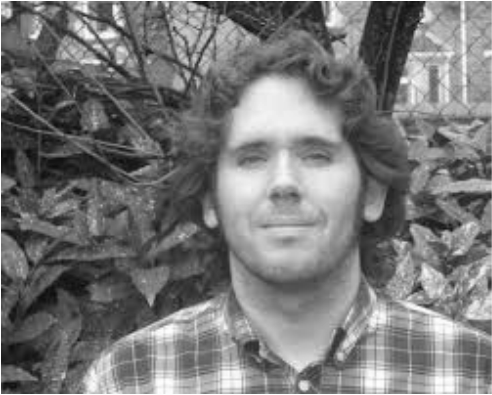 
​Jonathan Edwards
Jonathan Edwards is a contemporary Welsh poet and English teacher. His first poetry collection, My Family and Other Superheroes, won the prestigious Costa Book Award for Poetry in 2014, as well as first-place at the Ledbury Poetry Festival's International Competition in the same year. Jonathan is also the recipient of the Terry Hetherington Award, the Basil Bunting Award and prizes at the Cardiff International Poetry Competition.
Saturday 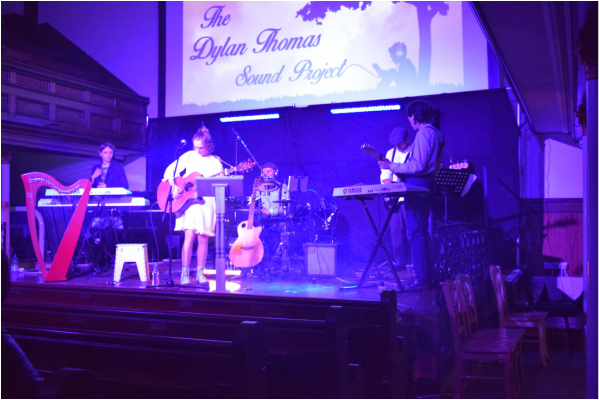 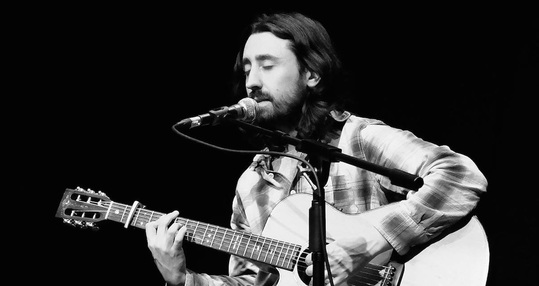 ​David Ian Roberts
A warm welcome back to David Ian Roberts. A singer songwriter and fingerstyle guitarist based in Cardiff, David’s first album ‘St Clears’ was released under ‘David Roberts’ in late 2014 and quickly received radio play on BBC Wales, an album of the month feature on leading blog FolkRadioUK, and positive reviews in the UK and Europe. Roberts’ live solo performance is a chance to see the unique voice and intricate guitar playing that are at the centre of his music. He is earning a reputation as a unique and breathtaking performer.
Friday
soundcloud.com 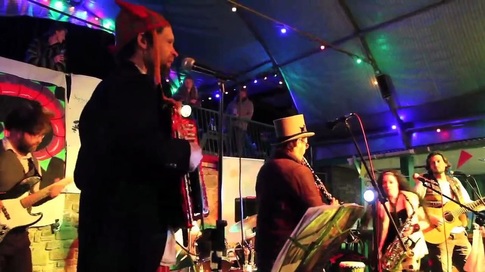 ​The Balkaneers
Describing themselves as Balkan, Gypsy, Klezmer and Celtic musical madness and melodies, The Balkaneers play folk tunes, songs and dances from around the world – adding a hint of dub, a pinch of funk, and a dash of ska. Dancing complusory.
FRIDAY
​www.balkaneers.co.uk 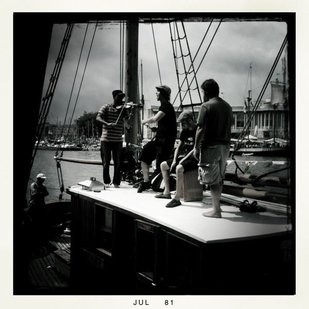 CAPTAIN CAT & THE SAILORS
Named after the legendary character from Dylan Thomas's Under Milk Wood. Swansea-based folk group play a range of styles, including traditional, contemporary and shanties. Whether singing ballads, telling stories or playing their own creations,they perform with energy and enthusiasm. Jigging guaranteed.
Sunday
www.captaincat.co.uk 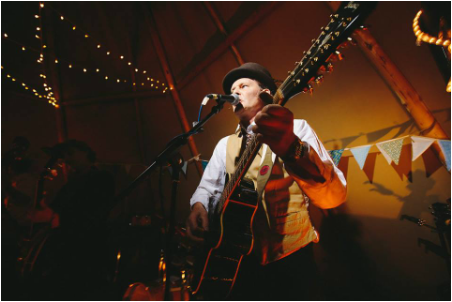 
​MUDSKIPPERS
A rip-snorting journey through the musical genre pool from space-rock, indie-kid and psychedelia, through to traditional skiffle, country blues, reggae, bluegrass to hip-hop. Nothing is safe. All tunes getting the `Skipper-Skiffle treatment of a full stripdown, new bearings, a few sticking plasters and a fresh squirt of grease.
Saturday
www.mudskippers.co.uk 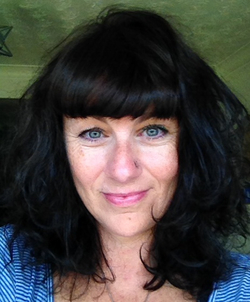 
DYLAN'S STORIES WITH MELISSA BERRY
Melissa has voiced a wide variety of programmes for all the major television channels including BBC1, BBC2, ITV, Channel 4, Channel 5, Sky and Discovery. She'l be bringing some of Dylan Thomas's best stories to life.
Saturday
www.melissavoice.co.uk

Clare Ferguson Walker
Born in Carmarthen and brought up in West Wales, Clare won her first international poetry competition at the age of 19. Since then her career has encompassed fine art sculpture, singing, page and performance poetry as well as stand up comedy. She has recently supported John Cooper Clarke on some of his UK Tour along with performances with the likes of Phil Jupitus and Mike Garry.
​Friday